c/- Australian Aquatic Biological Pty Limited
Australia has a vast variety of native freshwater crayfish, but many are closely related and it is very difficult to distinguish different species. More are being identified all the time, plus better identification and DNA testing is removing some of the previously misidentified species. Click here for our ongoing updateable list 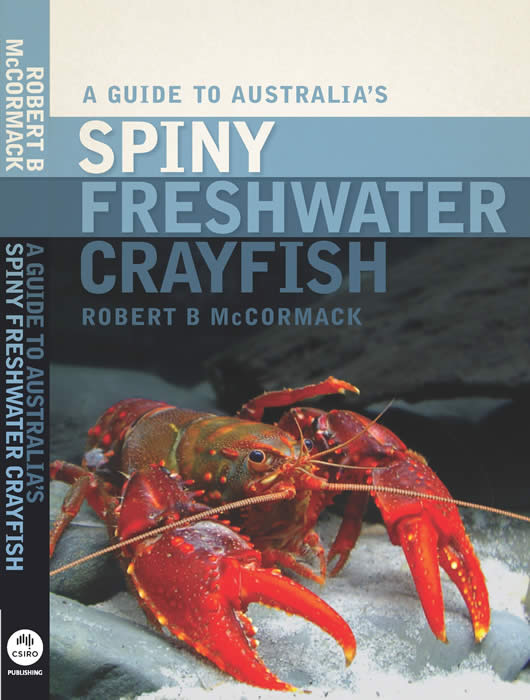 The Australian Crayfish Project is a privately funded project to identify, classify, photograph and supply a ready identifier for all the Australian Crayfish species. The culmination of this project will be a full colour Field Guide of all species with high definition colour photos and clear identification keys.
All Australian crayfish belong to the family Parastacidae. Australia as a whole has the three largest species of freshwater crayfish in the world. The largest is the Giant Tasmanian Crayfish – Astacopsis gouldii, followed by the Murray Crayfish – Euastacus armatus, and then the Western Australian Marron – Cherax cainii, (Cherax tenuimanus). Not far behind these are the many species of Euastacus crayfish found in New South Wales, Queensland and Victoria that grow to 1,000 grams plus.

Across Australia there is a vast diversity of different species of crayfish. These crayfish have developed over the last couple of million years and, though as a rule these species do not interbreed, they do in many instances co-exist with each other. It is not uncommon to find 2, 3 or even 4 different species living in the same drainage basin or sharing the same habitat areas.
As a general rule, the different species of crayfish have developed individually due to four distinct factors. These are geographic barriers, water availability, temperature and predators. There has been, over the years, a lot of concern about introducing species of crayfish from one area and those crayfish escaping into the wild and taking over from the native species. Though this is always a concern, however, unless all the four criteria are met, then a non-indigenous species will not survive. Most Australian species have very small distributions but some have large distributions because they can withstand wide variations of these factors.

These species are the ones with the potential for translocation and impacts on the native species in that area. The majority of Native Australian species have very specific environmental requirements and will not survive outside those narrow limits. This is an extremely worrying fact that will have dire consequences for many Australian species of crayfish as we enter a period of continental-wide climate change.

A few of the Australian species, like the yabby Cherax destructor, have extremely wide environmental tolerance limits and this makes them very dangerous as they can survive just about anywhere on the planet.

All these species can be very similar in appearance to other related species. All the species have different colour variations and many have morphological differences between populations. Add that there are differences in appearance between juveniles and adults and that all adds up to one enormous identification difficulty.

The culmination of the Australian Crayfish Project will be full colour Field Guides to all the freshwater crayfish of Australia. Initially for each State/Territory of Australia 2 guides will be generated.

Firstly, a smaller general public book for that state and then a larger in depth Field Guide to the Crayfish of the state. Finally, after all the individual states are done The Field Guide to the Freshwater Crayfish of Australia will be compiled. These books will help alleviate identification problems and raise the knowledge base on freshwater crayfish in Australia.

There is a desperate need for a guide of this type, many people catch freshwater crayfish as pets yet are unable to identify the species they have captured so are unable to look after them in the required manner and they eventually kill them. Additionally, with the trade in Native species increasing worldwide, there is a desperate need for a ready guide to identify species for Fisheries and Customs personnel.

This survey is also identifying previously unidentified and undescribed species – this in itself is an essential task. Many of the unidentified species are endangered and will not be considered in developments as they are unrecognized as endangered species. By identifying them and notifying the authorities of their existence may help ensure their continued existence. 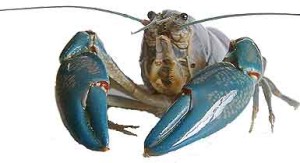 This project is being helped by researchers, university staff, National Parks Officers, aquaculture association members, crayfish enthusiasts and the general public. Over the last 20 years plus as a crayfish farmer, TAFE lecturer, President of the Aquaculture Association, and author of various crayfish books, I have had the privilege of meeting and talking to a vast number of crayfish researchers and fellow enthusiasts from around the world.

Over the years I have taken in every hint and comment about weird or unusual crayfish from around Australia and recorded them in a journal. Now, with 25 years of information on locations and species to check out, I am slowly checking them all.

So far we have:

We have had some great successes, we got the first Euastacus species listed as Critically Endangered at both a State and Federal level. We also won the battle to get the illegal trade in exotic crayfish shut down in Australia.

We have only just started, who knows how many others species are out there and what will be discovered over the next two, three or ten years. Or the threats that may arise to our crayfish. If you have something unusual in your area let me know and let’s get together and check it out.

For full details on the Australian Crayfish Project go to www.aabio.com.au or www.austcray.com